Best mobile games of the year

Mobile gaming has come a long way. After years of being seen as a market rife with screen tappers and casual puzzlers filled with predatory microtransactions, the mobile market has finally become a place to also find gaming experiences akin to the ones on consoles and PC. Mobile is now a $85 billion sector of the gaming market, leading PC ($40B) and console ($33B), so what has everyone been playing this year?

Genshin Impact released earlier this year and it's already one of the biggest games to watch on Twitch. It's an open-world action RPG that has been widely compared to The Legend of Zelda: Breath of the Wild. You can set off on adventures on your own or with friends. As a bonus, it supports cross-play and cross-save with its PC version.

According to Statista, in August 2020, Candy Crush Saga was ranked #1 in the leading mobile gaming app titles in Google Play worldwide by revenue. Originally released in 2012 it's considered one of the first and most successful uses of it's freemium model. In fact many classic or retro games have continued to find success in 2020. Take a look at 25 most-loved retro games and how they continue to be played over at Betway Insider's Retro Game Appetite Infographic. 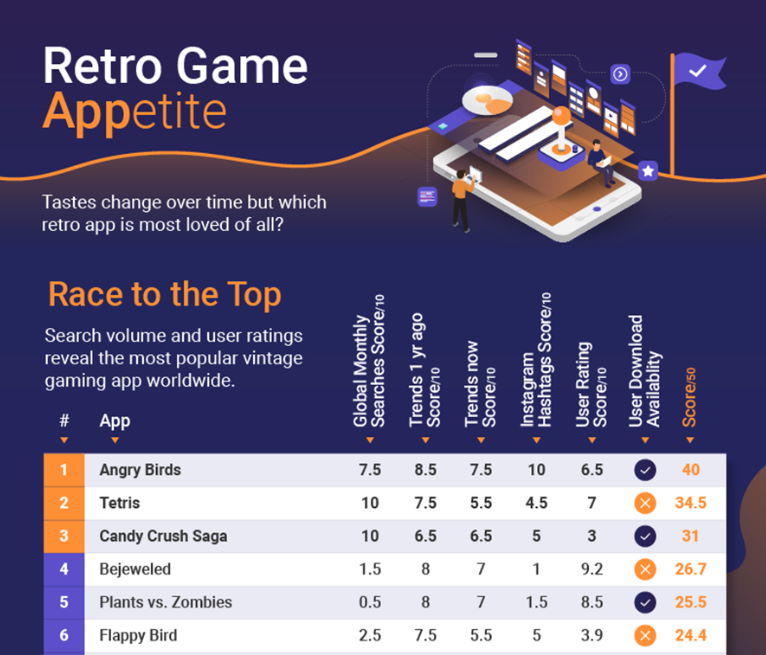 Infographic was created at Betway.

It may not be particularly new but Among Us recently skyrocketed to the top of the Twitch viewer charts. It's a social deduction game based on the popular in-person party games Werewolf and Mafia. Depending on your role, Crewmate or Impostor, your objective is to survive by observing what other people are saying and doing as you go about doing your regular tasks.

Unless you've been living under a rock for the past few years, you surely know what Fortnite is. Epic Games's monster hit battle royale game is available on pretty much every platform the light touches and that includes mobile devices. In a nutshell for the uninitiated, you and 99 other players drop down onto an island where you must scrounge up resources and fight to be the last person standing. Like its console and PC brethren, the mobile version of Fortnite supports full cross-platform play.

Hearthstone may be the biggest digital card game but its new rival, Legends of Runeterra, is proving to be a superior game in almost every way. Based on the world of the popular MOBA League of Legends, this newer card game aims to change what a free-to-play game of its genre should be like. Outside of the spectacularly flashy card battles, Legends of Runeterra foregoes the random card packs and replaces them with a system that allows you to pick the cards you want to acquire. Needless to say, you’ll never feel forced to drop money to enjoy this game.